The Hawkeyes and Herky 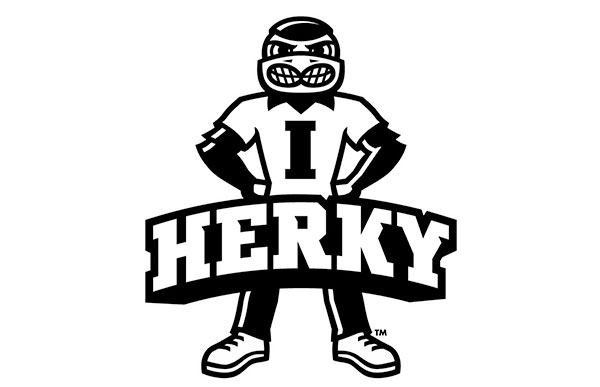 “The University of Iowa borrowed its athletic nickname from the state of Iowa many years ago. The name Hawkeye was originally applied to a hero in a fictional novel, The Last of the Mohicans, written by James Fenimore Cooper. Cooper had the Delaware Indians bestow the name on a white scout who lived and hunted with them.

In 1838, 12 years after the book was published, people in the territory of Iowa acquired the nickname, chiefly through the efforts of Judge David Rorer of Burlington and James G. Edwards of Fort Madison. Edwards, editor of the Fort Madison Patriot, moved his newspaper to Burlington in 1843 and renamed it the Burlington Hawkeye. The two men continued their campaign to popularize the name and were rewarded when territorial officials gave it their formal approval.

The Hawkeye nickname gained a tangible symbol in 1948 when a cartoon character, later to be named Herky the Hawk, was hatched. The creator was Richard Spencer III, an instructor of journalism. The impish hawk was an immediate hit and he acquired a name through a statewide contest staged by the UI Athletic Department. John Franklin, a Belle Plaine alumnus, was the man who suggested Herky.

Since his birth 60 years ago, Herky has symbolized intercollegiate athletics at the University of Iowa and epitomized university life. He even donned a military uniform during the Korean War and became the insignia of the 124th Fighting Squadron.

During the mid-1950s, Herky came to life at a football game as the Iowa mascot with a black leather head and gold felt feathers. Since then, Herky has become a familiar figure at intercollegiate athletic events of all types on the UI campus.” 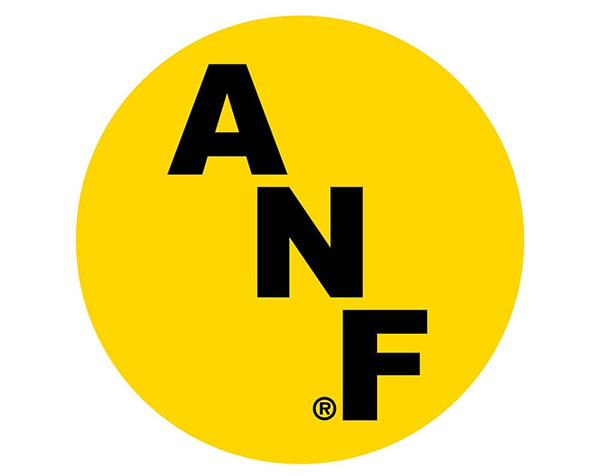 It was 1985 and Hayden Fry, the Hawkeyes head coach, was making good on his promise to the fans; deliver a winning football team.

However, as bright as that year was for Hawkeye fans who came from towns and cities from miles around to fill the stadium, it wasn’t as bright for Iowa’s other die-hard fans; those who came from farms.

Iowa’s farmers —­ a cornerstone of Iowa, its way of life and a significant economic engine for the state and the Heartland — were deep in the grip of the worst farm crisis the nation had ever seen. Numerous farmers working land that had been passed on to them by generations were being forced to sell.

According to Emmanuel Melicher, a senior economist for the United States. Federal Reserve, more than one-third of America’s commercial farmers were in grave financial trouble. Before the farm crisis hit in 1985, Iowa was home to 121,000 family farms. Nearly 20,000 went under by the time it ended.

Never one to accept defeat, Fry quietly went to work on another game plan to raise awareness of farmers who were struggling.

He developed a simple but powerful message to support Iowa farmers; a message that would be delivered on a national stage by his winning team.

When Fry’s squad traveled to Ohio State, something new was noticed on their game-day helmet: A simple yellow circle, two and one-half inches wide, with the letters “A-N-F” positioned immediately above the Tigerhawk on the right side of the headgear. It stood for “America Needs Farmers”.  In that moment, and the many games, many players and many wins that followed, it remains a testament to the men and women who proudly give their all to provide the nation’s diverse food supply.  Yes indeed, America still needs farmers. 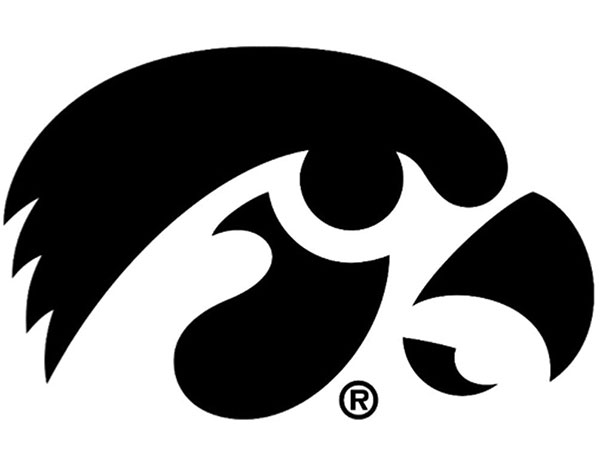 The legend of the Iowa Tigerhawk began in May of 1979.

As part of a plan to reinvigorate the image of The University of Iowa football program, incoming head coach Hayden Fry announced that the stylish black-and-gold uniforms of the Super Bowl Champion Pittsburg Steelers would be the prototype for his team’s new gear. With shiny black helmets replacing the old gold ones, the coach put out a call for a new logo design to top it off.

Charles Edwards, then owner of the Cedar Rapids printing company Pepco Litho, passed the word to Bill Colbert, Vice President Associate Creative Director of Cedar Rapids ad agency Three Arts, Inc., who had designed the three previous seasons’ U of Iowa football and basketball schedule posters printed by Pepco. But the designer was about to leave for a weeklong business trip, and the imminent deadline gave him little time for creative development. Still, as a lifelong Hawk fan, Colbert couldn’t resist the challenge and agreed to give it a shot.

During his week away, Colbert reflected upon certain enduring logos including Iowa’s beloved Herky the Hawk and Purdue’s Boilermaker which, like many logos of their period, were based upon cartoon caricatures. His goal was to create a contemporary hawk-head design with the simplicity and impact of the time-tested CBS “eye”, the Nike “swoosh”, and the Clemson “paw”.

On the airplane heading home, Colbert flipped down his tray table, took out a pen and made a rough sketch on a cocktail napkin. In his mind’s eye, he saw the head of a hawk as parts of a puzzle: the feather and eye as one part, the two-component beak as another, the side of the head as the third. Together, the pieces shaped the profile of a hawk, with the spaces between each piece creating a “striping” effect – hence the name “Tigerhawk”.

Colbert worried that the power of the design might be lost if presented to Fry as a flat drawing so he prevailed upon Edwards to call former Sports Information Director George Wine, who obliged with two shiny new black helmets on which to silk screen the artwork.

On June 11, 1979, Colbert and Edwards arrived at Fry’s office at their appointed meeting time where the coach and Wine awaited them. Wordlessly, without set-up or preamble, they set the two helmets down on Fry’s desk. Immediately, the coach sparked. “I like that!” he proclaimed in that famous Texas drawl, “A splash of sunshine!” And an icon was born. 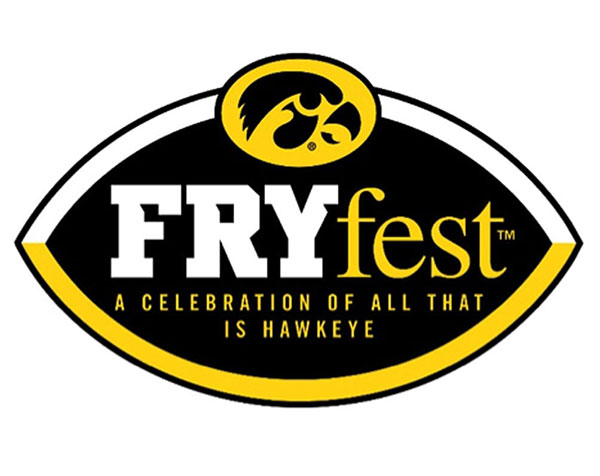 FRYfest was created in 2009 as a collaborative effort between the Iowa City/Coralville Area Convention & Visitors Bureau, the City of Coralville, and the University of Iowa Athletics to kick-off the Hawkeye football season. The event is named after one of the greatest Hawkeyes of all time and the man who is responsible for bringing the Tigerhawk to the University of Iowa: Hayden Fry.

The event also serves as a fundraiser for the City of Coralville with proceeds of the concert and beverage garden funding Coralville’s Fourth of July Celebrations.

Its first seven years have included the honoring of Hayden Fry, Forest Evashevski, Dan Gable, the renewal of the 35th Anniversary of the Iowa versus Iowa State football rivalry, a tribute to the fans, a tribute to the quarterbacks from the Hayden Fry era, and a tribute to the 30th anniversary of the “America Needs Farmers” movement. The event has also involved street renaming ceremonies, “The World’s Largest Hawkeye Tradeshow,” a show and shine car show, autograph sessions with coaches and former athletes, outdoor concerts, and a fully-staged, live production honoring Dan Gable. The festival’s most popular accomplishment was breaking the Guinness World Record for the Largest Hokey Pokey Dance with 7,384 participants in 2010. One record, though, wasn’t enough. FRYfest added another Guinness World Record to its name in 2014 by hosting the Longest Marathon Corn Hole (bags) Game of 26 hours, 12 minutes, and 44 seconds. 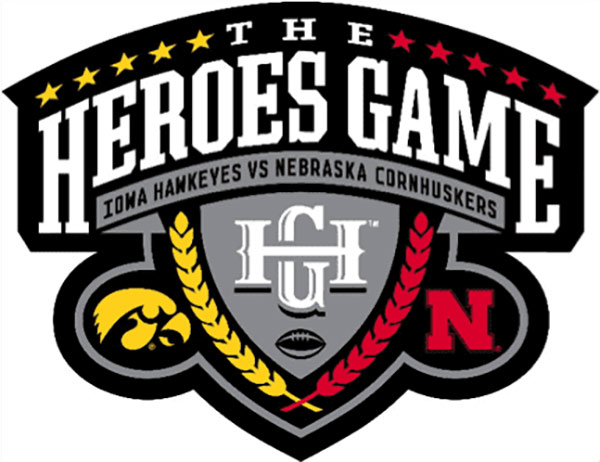 Some play for axes, little brown jugs and even a milk can. Others engage in “battles” and “holy wars.” Still more play for cups of a myriad of shapes and sizes and names. The football teams from the University of Iowa and the University of Nebraska square off in a long, competitive, and entertaining rivalry between one of the Big Ten Conference’s original member institutions and the league’s most recent addition. And, while the goal is the same as other “trophy games” — win the struggle on the gridiron and claim the trophy — the Hawkeyes and Cornhuskers won’t use their annual meeting to determine ownership of football bragging rights for the Corn Belt exclusively. Instead, they will use the national stage that will be Nebraska’s Memorial Stadium or Iowa’s historic Kinnick Stadium each autumn to honor citizens of their respective states who are, according to Webster’s Dictionary, “admired for their brave deeds and noble qualities,” and they intend to work with a partner to do a good deed of their own. The institutions plan to honor one citizen of Iowa and one citizen of Nebraska prior to each Heroes Game for their extraordinary act. These heroes will be nominated by friends, neighbors or co-workers and will be guests of the two teams at the game where they will be honored on-field during game day. Each will also have their name and hometown etched on the to-be-created Heroes Game trophy.